Why? Some jobs (typically deployments) need to run sequentially and not parallel, but also run to completion. So CircleCI’s native auto-cancel is not quite the right fit. See https://github.com/eddiewebb/circleci-challenge as an example using blue/green cloud foundry deployments.

This adds concurrency limits by ensuring any jobs with this step will only continue once no previous builds are running. It supports a single argument of how many minutes to wait before aborting itself and it requires a single Environment Variable CIRCLECI_API_KEY - which can be created in account settings.

Suppose we have a workflow take takes a little while to run. Normally the build (#18) will run immediately, with no queuing.

Someone else on the team makes another commit, since the first build (#18) is still running, it will queue build #19. 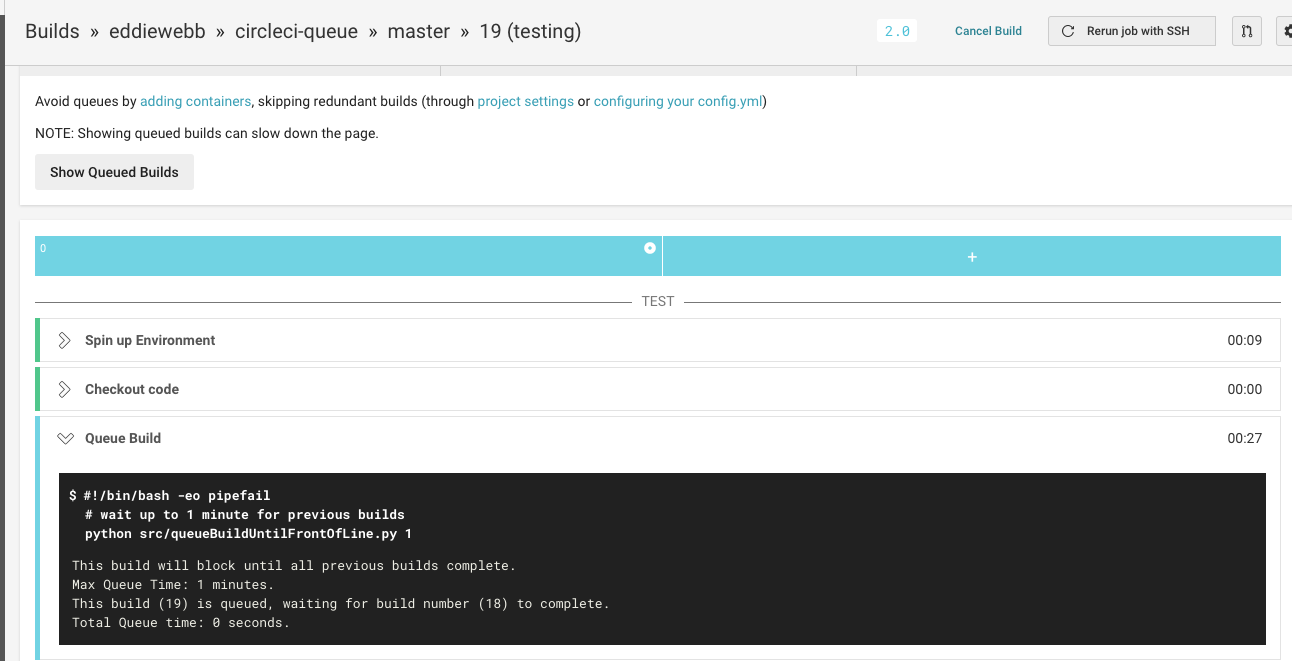 It’s late afternoon, everyone is pushing their commits in to ensure they are good before they leave for the day. Build #20 also queues.

Oh No! Since 1 minute is abnormally long for things to be queued, build #20 aborts itself, letting build #19 finish uninterrupted.

Queueing is not supported on forked repos. If a queue from a fork happens the queue will immediately exit and the next step of the job will begin.